Last month, my eldest started high school. It’s been a big adjustment for both of us. It’s already a milestone for any family, but I also have the added complexity of raising my children in a country different to the one I grew up in. I’m a dual national Dutch Australian – I went to high school in Maleny, QLD, Australia. We now live in The Hague, the Netherlands.

As you may actually expect from the Netherlands – yes – she does go to high school on a bike! It’s only around 2.5km away, and takes about 10 minutes to cycle.

The parent’s association organises an theatre performance for new students and their parents, which we attended last week. Called “De Grote Sprong” in Dutch, in English it is “The big jump/leap” and was an interactive show about communicating with teenagers. Both the children and their parents attended, with most of the students around 12 years old.

It was a useful way to show the kind of challenges this age may bring a family, along with some constructive ways of dealing with that.

She also just went on a 3 day camp, which she really enjoyed, despite it raining. 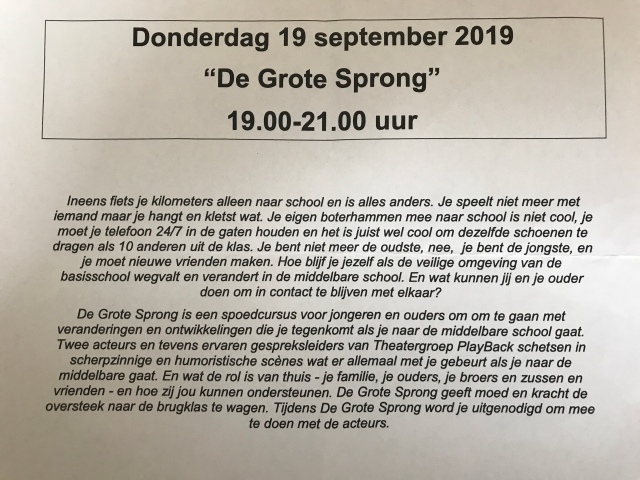 Hi, I’m Renee and I’ve been collecting ideas and information about family work balance since 2007. Is it possible to successfully juggle business and babies? To combine children and career? I believe it is, but it’s not always easy. Join us for insights and inspiration.